Pack up the air mattress, pool noodle and floaties! These swimming pool games for adults and teens are perfect for a pool party, or the pool in the backyard and provide the most fun of the summer.

Have you ever played a real water fight? Whether it’s with water balls or inflatable lances, it’s tremendous fun. The best swimming pool games for adults and teens (or families with kids teenager and up) have simple rules and are still hours of fun. Since it’s not easy to know from the start what everyone will enjoy, you should plan on having at least two different swimming pool games if possible. Among our favorites with the best swimming pool games for adults you’ll find entertaining, simple and quick games that are also great for a pool party. There are also team games that are among our favorites, if you can find enough players who really want to play.

When choosing the swimming pool games you want to play, take into account how many players want to participate and the size and depth of your pool. Be sure to always start with a simple game, you will see, your friends or the party company will want to play more.

The Best Swimming Pool Games for Adults and Teenagers Everybody against everybody or team play? It's best to prepare several swimming pool games and let people choose.

Water fight, everyone against everyone or team game? Our favorites of the swimming pool games for adults and teens are clearly the team games from fun throwing champions and watermelon polo to classic water games like water basketball. So games 6 through 10 are all team games. Sometimes, however, a quick little game is called for where there are no great rules to follow and the focus is on pure fun – as with games 1-5. These games are often a super choice for pool parties and anyone who has once tamed the bull or fought out an action-packed tournament in the water will certainly never forget it.

This funny rodeo is definitely one of the funniest swimming pool games for adults for a pool party. The best thing you need for this is the bull in the hoop, which is inflated and lowered into the water. Then a rider sits on the bull and tries to stay on top as long as possible. The more water movement, the harder it is to stay up. There are also loops in the ring around the bull that up to three players can grab to make the bull buck harder.

The game is simple and can be played super everyone against everyone or in teams. Children from about 9 years can join in. We have made the experience that especially children are not easily thrown off and are the champions! Who will win the water fight?

Each player needs an inflatable log (playset) or a floating animal or an air mattress and an inflatable lance. Once everyone is up in the water, the biggest water fight that can take place in the pool starts. The players try to push each other from the log zw. floating animal into the water. As soon as one plops into the water, he is eliminated from the tournament. The winner is who is left last and wins the tournament!

3. Collect Glow Sticks – Ideal as a Swimming Pool Game for Families When It Gets Dark

When it’s dusk on a warm summer evening or you’re having a pool party at night, collecting glow sticks is a great pool game for adults. It’s very easy to do. All you have to do is throw glow sticks into the pool. Everyone can now jump into the pool and collect as many from the bottom of the pool as they can. The winner is the one with the most glow sticks.

4. Royal Race – Why Swimming Pool Games for Adults Are Also Something for Royals

You can play this game in 2 variants – as a team game or a race between two players. In the race, two players compete against each other, each sit on a chair, put on the crown and move forward with hands and feet to reach the finish line first. If the crown falls into the water, you have to go back to the start and start again.

I find the team variant even better and it is especially suitable for larger pools super. You form 2 teams and pile up the water balls on one side of the pool. One player puts on the crown, takes a seat on the chair and tries with the help of the team to get to the other side of the pool as quickly as possible without the crown falling off the head. There the king or queen climbs off the chair, grabs a beach ball and gets back on the chair and brings the wall to the other side. Then the next person from the team is king or queen and secures the next ball. The team that captures 5 balls first wins.

Whenever the crown or the beach ball falls into the water, the king must return to the starting line, hand over the beach ball and start again! You will see that the royal race is one of the swimming pool games for adults that is incredibly fun and brings out the child in the adult.

Lay the rope across the width of the pool or enclose an area with it, for example, with the help of small buoys. Now each player gets a beach ball. At the start signal, the players push each other with the beach ball and try to push each other to the side. As soon as a player touches the rope, he is eliminated from the game. The winner is the last player left.

A funny variation of water polo is watermelon polo. For this you use a watermelon instead of a ball. Watermelon polo is played in 2 teams, each of which has one side of the pool as their field. The goal of the game is to push the watermelon rubbed with cooking oil to the end of the opponent’s field with your hands. If it gets there, the team gets a point. The winner is the team that gets 10 points first. Water polo is played in a 1.80m deep pool in the water

To play water polo, you need a field in the pool – for small inflatable pools in the garden, it is simply the entire pool. Divide into two equal teams with a maximum of 7 players per team. The size of the team you should adjust depending on the size of the field that is available to you. The goal of water polo is to score more goals than the opposing team.

Set up the goals at opposite ends of the pool and appoint a goalkeeper for each team. The other maximum 6 players per team try to score goals by tactics and skillful throwing and intercepting the ball.

Water polo is an absolute classic of swimming pool games for adults, where you can also choose the team size smaller and simplify the rules.

The Rules in Water Polo Water basketball can be played with one or two baskets

Water basketball is played in at least 2 teams – with more players you can also play a small tournament. Ideal is a 16m x 10m pool as a playing field – if your pool is smaller, then it is best to play with smaller teams. Classically, each team consists of 5 players (and substitutes), but depending on how big the pool is and how many players you have, you can also play this adult pool game with 2 players per team.

On the opposite long sides of the pool, place an inflatable basketball hoop about 1m above the water. When a team throws a basket, it gets a point. Each game lasts 2 x 5 minutes – the team with the most points wins at the end of the game.

The Rules in Water Basketball

Water volleyball is a simplified form of volleyball in waist-high water. Your pool or playing field should have a size of at least 3 x 2m. Stretch a net centrally across the width of the court so that the courts of both teams are the same size. Each team should consist of at least 1 to a maximum of 4 players.

The coin toss decides which team starts the first set. The ball is passed back and forth over the net until one team has won 11 points. If there is a two point difference in the number of points earned by the teams, they have won the set. If not, the game is played until there is a difference of two points or 15 points are reached and the team wins the set. Now, the team that won the coin toss has the lead in the next set. A game consists of 5 sets. The team that wins more sets is the final winner!

10. Throw Master – The Swimming Pool Game for Adults, Which Is All About the Bottle

Throwing master is a funny throwing game for the pool that you can play with and also without alcoholic drinks. The water should go to the players’ chest at the maximum. It is a game variant of horseshoe throwing, for which you can buy game sets (for example, this set from Bottle Bash) or you can assemble it yourself. You will need poles, a Frisbee and 2 objects, for example plastic bottles or cans. Attach one pole to each long side of the pool and put the empty bottles upside down on top. However, it works even better with the purchase set, where the poles are on height-adjustable tripods and can be positioned super in the last third of the pool on both sides.

Now form two teams of equal strength. The teams take turns throwing the Frisbee and try to hit the bottle or the pole and knock it over. The defending team tries to prevent this and catch the frisbee. A funny handicap is that all players must always hold a drink in one hand. Points are awarded for successful throws. The winner is the team that first has 11 or 21 points (depending on the agreement at the beginning).

Did these swimming pool games for adults make you want to start playing right away? On Abenteuer Freundschaft you will find many game tips for outdoors and indoors to play right away. For example, do you know these fun throwing games? On our ideas portal you can find even more tips and ideas for games, fun, party together with friends, partner and family.

*This article contains affiliate links, meaning if you order a product through it, we get a small commission. Pool Party Ideas for Adults: 10 Ideas How to Throw an Epic Party 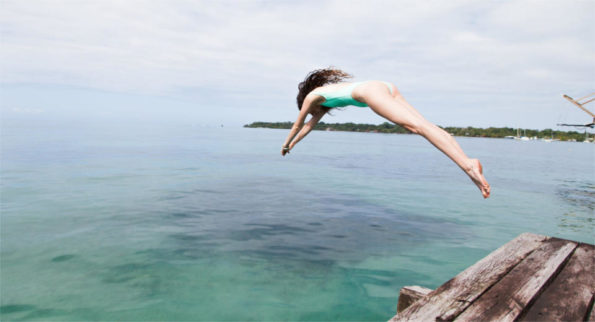 Happy Lazy Day! 10 Things You Can Finally Do Now The ultimate picnic checklist to make sure you never forget anything. What Is Blobbing? And Why It Is the Perfect Adrenaline Kick

Blobbing or: Catapult yourself off a giant inflatable cushion into the water! 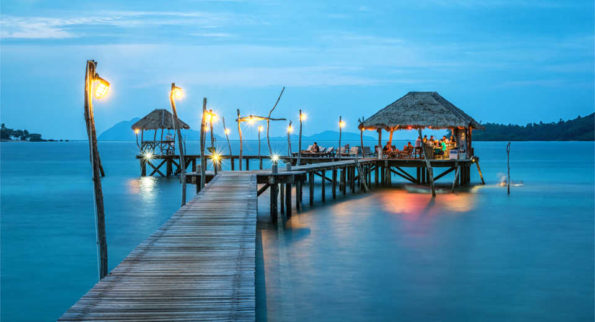 10 Summer Party Ideas That Will Make Your Party a Burner

Lots of tips and ideas for mood bombs for the summer party. From hiking to boat trips to a short trip to the sea - this is the best way to enjoy summer as a couple. 57 Bad Weather Activities That Will Save Any Summer Day, No Matter How Rainy It Is

It's summer, but raining cats and dogs? These ideas still ensure that you can enjoy the day optimally.