Rock labyrinth, Mount Doom, fairy-tale castle: surprisingly many unique best places to visit in Bavaria are unknown even to Bavarians. And then there are world-famous favourite places that are so impressive that you have to see them in your lifetime. Bavaria is rich in great sights and offers completely different excursion destinations that are just waiting to be discovered.

Crystal-clear lakes, majestic mountains, idyllic valleys and forests and breathtaking gorges – scenically, Bavaria has more to offer than almost any other federal state. Some of the most beautiful German cities – famous and surprisingly unknown – with their picturesque old towns, magnificent buildings, castles and gripping stories are located in Germany’s largest federal state. And then the state offers popular attractions like Legoland, treetop trails, thermal spas and amusement parks.

Whether you’re with family, as a couple or with friends looking for places to visit in Bavaria, you’ll find several excursion options in this listing that are just what you’ve been looking for. All 50 are perfect for a day trip – some cities and regions offer enough for a weekend trip or short holiday. In addition to absolute highlights, you’ll also find insider tips and personal insider tips and recommendations.

I lived in Bavaria myself for 10 years, in Upper Bavaria and in Franconia, and have already visited most of the best places to visit in Bavaria presented here. Every year I spend at least a week in the Allgäu and Franconia, two of the most beautiful holiday regions in Germany in my opinion. If you are looking for activities in cities or specific regions, you can find ideas for excursions in Allgäu and other regions and cities in other articles.

50 Best Places to Visit in Bavaria That Are Really Special In the Berchtesgaden National Park lies the Königsee, which offers some insane photo motifs

Bavaria is the largest federal state and is located in the south-east of Germany. In the south it has high mountains and Alpine foothills. In the north, low mountain ranges such as the Fichtelgebirge and the Bavarian Forest dominate the landscape. I have sorted the excursion destinations geographically according to the parts of the country and their districts.

First up is Franconia, which has so many historic towns worth seeing that it was very difficult for me to limit myself. Then comes Upper Bavaria, in the middle of which lies the Bavarian capital Munich. Next comes Eastern Bavaria, whose excursion tips I have divided into destinations in the Upper Palatinate and Lower Bavaria. Lastly come my favourite places in the Allgäu and in Bavarian Swabia, home to some of the most impressive best places to visit in Bavaria. Picturesque old towns with half-timbered houses and spire towers, magnificent palaces and castles, idyllic valleys, wooded hills and bizarre stone formations: Franconia’s towns and natural landscapes are so beautiful and varied that they lend themselves to many day trips, weekend breaks and discovery tours. Some of Franconia’s most beautiful best places to visit in Bavaria are located on the Romantic Road and the Castle Road and are famous sights beyond Germany’s borders, while others are real insider tips. Or have you ever heard of Dinkelsbühl, which some people call the most beautiful town in Germany?

There is also a lot to offer in the way of culinary delights: Fantastic Franconian wine, countless good breweries and brewery pubs with brewed specialities, three in a Weckla and ox shreds and gingerbread are typically Franconian. Masterpiece of baroque architecture: the Residenz in Würzburg Glittering icicles in the Partnachklamm

In the middle of Upper Bavaria lies Munich, the “white sausage capital” with the worth seeing Viktualienmarkt, Marienplatz, Nymphenburg Castle and enough sights for a short holiday.

Many fantastic lakes, Germany’s highest mountain, magnificent castles and monasteries and breathtaking gorges as well as quaint typical Upper Bavarian mountain villages with onion-roofed churches and Lüftlmalerei make Upper Bavaria one of the most attractive holiday regions in Germany. Germany’s only national park in the Alps at the foot of the Watzmann is also a pure natural paradise.

From a culinary point of view, a visit to at least one of the rustic beer gardens and breweries is an absolute must. Hearty pork knuckles, Obatzter, Müncher Weisswürste with pretzels and sweet mustard, liver dumpling soup and Dampfnudeln are typical Upper Bavarian delicacies. Munich is centrally located in the Alpine foothills

The 10 Best Places to Visit in Eastern Bavaria Idyllic Weltenburg Monastery on the Danube

The cultural hotspot of the Upper Palatinate is the cathedral city of Regensburg with its fabulous old town. The Upper Palatinate is also known as the castle country of Bavaria, built by rulers in the most beautiful places. Popular cultural attractions in Lower Bavaria are the three-river city of Passau and the medieval Traunsitz Castle near Landshut. In addition, there are special excursion destinations in Eastern Bavaria to discover, such as one of the most beautiful dripstone caves and castle ruins on granite rock towers. King Ludwig I had the Valhalla built from 1842

The 10 Most Beautiful Best Places in Allgäu and Bavarian Swabia Idyllic old towns with half-timbered houses, splendid residences and magnificent buildings, fairytale castles, thundering gorges, picturesque lakes against the backdrop of the German Alps: Bavarian Swabia with the Allgäu is one of the most beautiful regions in the whole of Germany and offers many sights worth seeing. The romantic road also leads from Franconia to Füssen with some highlights that are known beyond Germany’s borders. One of the most famous is the snow-white fairytale castle of Neuschwanstein, which is visited by around 1.5 million people every year and is the epitome of romantic eclecticism, beautifully framed in a mountain backdrop.

Culinarily, you can taste the Swabian influence on Bavarian cuisine in Bavarian Swabia: Kässpätzle with mountain cheese and Krautkrapfen, Speckknödel, Flädlesuppe are typical of the local cuisine. Highlight in the Allgäu: The view from the Nebelhorn

Short, crisp and compact, these were 50 tips for excursions to my favourite places in Bavaria. One thing is for sure: There are still many castles and monasteries, historic old towns, natural monuments, peaks, gorges, hidden lakes and Bavarian specialities waiting to be discovered in the Free State. You can find our highlights in our recommendations for Bavaria activities. Exciting adventures await you not only in Bavaria, but all over Germany! On Abenteuer Freundschaft you will find our adventure tests, tips for outings and ideas for activities with friends, activities for two or with the family. Life is made for exploring with your favourite people! 🙂

Note: There are affiliate links in this article. This means that if you buy a product, Abenteuer Freundschaft may receive a small commission. 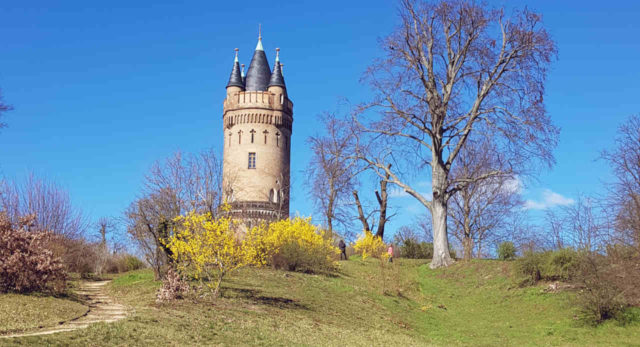