Fairytale beauty. These places to see in the Allgäu are among the most beautiful places, monuments and landscapes in Germany all over the year.

There are things you absolutely have to do in in the Allgäu. Places that you absolutely must not miss out on. Because they are among the most beautiful spots in Germany. They are atmospheric landscapes that show nature at its best and are perfect for romantic walks.

You feel like you are in the hall of the mountain king from Richard Wagner’s opera when exploring the breathtaking Breitach gorge. And then, not by chance, fairytale king Ludwig II built his most famous Castle Neuschwanstein near Füssen, surrounded by majestic mountain scenery, right next to the family castle Hohenschwangau.

These places are just a handful of the great places to see in the Allgäu that have thrilled me. My excursion programme is colourfully mixed and includes cultural excursion destinations, nature scenes for hikes and walks.

These excursion destinations in the Allgäu can be visited with children – some are even particularly worthwhile for kids – or have you ever searched for and recovered a real, historical treasure together? Only the lonely, idyllic Schrecksee is suitable as an excursion destination for older children or teenagers; I wouldn’t dare do this tour with a child in a backpack – but I’m also the cautious type.

By the way, there are even more tips for winter activities and hundreds of other leisure time ideas to discover on Abenteuer Freundschaft!

The 7 Most Beautiful Places to See in the Allgäu

The picturesque small town of Füssen is the ideal starting point for these places to see in the Allgäu. From there, it takes about 1 hour by car to get there – I have combined some destinations in day trips.

Important: In the mountains, some excursion destinations in winter stand and fall with the weather! The Partnachklamm gorge is sometimes closed, depending on the weather. Be sure to check the respective websites in the morning from 8:00 a.m. to see if they are open, to avoid disappointment!

Winter tyres are quite sufficient to reach the sites in Winter.

Hohenschwangau Castle and Hike Around the Alpsee Hohenschwangau is the childhood home of the famous fairytale king Ludwig II. Crown Prince Maximillian of Bavaria had Hohenschwangau built in neo-Gothic style on the ruins of the former Schwangau Castle in 1832-36. Lugwig II spent his youth here and Hohenschwangau Castle was his summer residence until his death. Guided tours are offered to visit the castle including the Orient Room and the large banqueting hall.
Hohenschwangau Castle rises only 49 metres above the picturesque Alpsee. Following the castle tour, you should plan about 2 hours for the approximately 6 km long hike around the Alpsee for a comfortable hike. The outdoor swimming pool, which attracts bathers in summer, belongs to wild birds in winter. The boat hire shop is also closed in winter and lies idyllically on the shore with its colourful boats.

Directly on the shore of the Alpsee is the former Grandhotel Alpenrose, which has been used as the Museum of the Bavarian Kings since 2011. The museum has a permanent exhibition on the Wittelbach dynasty, which produced several Bavarian kings. “Look, there’s the Disney castle”! Almost – because the famous Neuschwanstein Castle already existed when Walt Disney, the creator of the famous brand, was not even born yet. Today, Neuschwanstein is the epitome of the romantic castle, with narrow, elegant turrets, all white and set against a wildly romantic mountain backdrop.

It is about a 15-minute walk (or a comfortable horse-drawn carriage ride) up the mountain to the castle. There you are rewarded with a breathtaking view from a viewing platform. From here you can see the Alpsee, Hohenschwangau and the Forggensee as well as Neuschwanstein Castle on another viewing platform. It is worth walking about 20 minutes (there and back) to the Marienbrücke: The view of the castle from there is breathtakingly beautiful.

Important: If you want to see the inside of the castle Neuschwanstein – this is only possible with a booked guided tour. Depending on the number of tourists, you may have to wait several hours! So it’s worth buying a ticket before exploring the viewpoints and walking to the Marienbrücke. In snow and ice, the Marienbrücke is closed on some days in winter!

Neuschwanstein was never completed. Nevertheless, there is a lot to see inside the fairytale castle, such as Ludwig II’s bedroom. My opinion: Although not cheap, as the guided tour takes you through the castle very quickly and the waiting is annoying, it is worth it once in a lifetime! The impressive gorge near Oberstdorf is not always open, depending on the weather

Gurgling pools, rushing water tumbling over rocky banks – the Breitach offers an impressive natural spectacle in Europe’s deepest rocky gorge. In the summer, the finest spray wafts around you; in the winter, ice crystals glisten in the sunlight. The Breitachklamm gorge near Oberstdorf was formed more than 8,000 years ago during the glacial melt of the last Ice Age, when the Breitach bored deep into the rocks. In winter as in summer, the Breitachklamm is one of the most beautiful excursion destinations in the Allgäu and is undoubtedly one of the most impressive geotopes in Bavaria.

There are two entrances to the gorge, both of which can be easily reached from Oberstdorf. The approximately 2.2-kilometre-long, easily accessible path through the narrow, imposing gorge with its 100-metre-high overhanging rock walls can be hiked comfortably in around 2 hours. To reach the picturesque Schrecksee, you have to get into your hiking boots

Rugged rock faces, deep green meadows in a high valley and a picturesque, crystal-clear, blue-green mountain lake. There are no mountain huts and no people for miles around, but on our hike we meet chubby marmots and even see an eagle circling in the sky. Quite different from what its name promises, a little piece of paradise awaits us at Schrecksee. In the past, Schrecksee was an unknown, untouched wonder. In times of Instagram and social media, you now stumble across people more often, but a hike to Schrecksee is still an insider tip. Because you can only reach this beautiful mountain lake at 1,824 metres on foot in a 15-kilometre hike of medium difficulty, for which you should plan around 6 hours.

The starting point of the mountain tour is the “Auf der Höh” hikers’ car park in the charming Alpine village of Hinterstein. From there, you walk steeply up past the Konstanzer Jägerhaus and the electricity plant to the Schrecksee, which is nestled in a cauldron-shaped high valley. If you like, you can walk around the lake or take an ice-cold dip and swim to the island, then return to the car park along the same path. Lindau harbour is one of the most beautiful in Germany

The Bavarian lion and the white lighthouse imposingly frame Lindau harbour. Its beautiful harbour promenade is for me one of the most beautiful in Germany. The 70-hectare historic island of Lindau lies on the eastern shore of crystal-clear Lake Constance, behind it rises the often snow-covered backdrop of the Alps. The charming old town of Lindau with its colourful, crooked houses in the winding alleys is one of the most beautiful places to see in the Allgäu. Strolling along Maximilliansstraße with its Gothic town hall, Bismarckplatz and several old patrician houses from the Middle Ages, Lindau exudes a Mediterranean holiday feeling in summer with its many shops and boutiques right on the water.

Tip: It’s worth climbing up the lighthouse – the view is beautiful!

Castle Tour to the Twin Castles Eisenberg and Hohenfreyberg Eisenberg Castle and Hohenfreyberg are only a 5-minute walk apart.

The jagged ruins of Eisenberg and Hohenfreyberg castles tower imposingly over the rolling hills of the Allgäu Pre-Alps near Pfronten. The ruins of Hohenfreyberg (from 1418), which are still imposing today, are one of the last new castles to be built in the German Middle Ages. At a time when the knights were declining and the bourgeoisie rising, the builder Friedrich von Freyberg wanted to use the castle as a symbol of the unbroken noble claim to power. Only a 5-minute walk away is the older Eisenberg Castle, which was also owned by the von Hohenfreybergs. Tragically, the construction and maintenance costs of Hohenfreyberg Castle were so high that they forced his sons to sell the castle. Towards the end of the 30 Years’ War in 1646, both castles were set on fire to prevent them from falling intact into the hands of the approaching protesters. Since then, the castles have been uninhabited ruins.

The two twin castles are among the largest and most important groups of castles in southern Germany. There is no entrance fee and they can be visited after a short walk along a good path. The view from the two castle ruins over the Pfronten valley to the Alps is beautiful. Snow-dusted Füssen is super for a romantic stroll at

Füssen is a good starting point for many places to see in the Allgäu. And it’s also a rewarding end to a day trip; it’s not for nothing that the “Romantic Road” ends in Füssen! When the shops close and darkness descends over the historic town centre, the street lamps cast warm light on romantic corners. Shadows dance across the facades of historic buildings and breathtakingly beautiful views and motifs present themselves.

All of these places to see in the Allgäu have thrilled me so much that I will definitely be back! Which of these 10 most beautiful old towns in Germany have you been to? On Abenteuer Freundschaft we share our leisure ideas, which include the most beautiful activities for couples, leisure tips for families and activities with friends. Simply because life is beautiful and sharing great moments together makes life even more great. 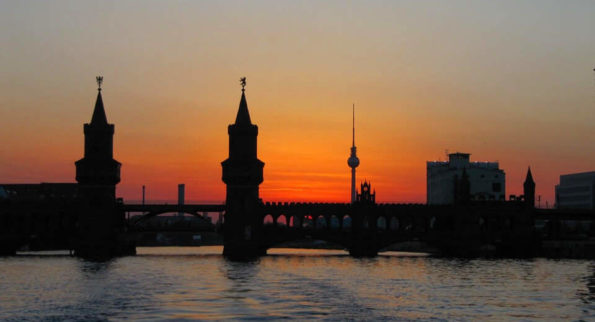