150 Who Would Rather Questions – Provocative and Insanely Fun

Who would rather…? know many as one of the most popular wedding games. You can easily make the exciting question game a provocative party highlight.

Who would rather…? usually goes like this: a couple, usually the wedding couple, sits back to back on stage and answers personal questions.  Each question begins with Who would rather…? and there are always only 2 possible answers, between which everyone must choose one: he or she? For this, each holds up a sign with the name of the person (or her bridal shoe / his men’s shoe). The two do not see the answer of the other – and it shows for the tense party society, how well the two know each other and where conflict potential after the wedding (or already in the wedding night :-)).

As a party game, Who would rather…? is at least as exciting! Because in this game variant, the entire party company is involved and everyone may ask funny, provocative and personal questions and the inhibitions melt away… Especially with our nasty and provocative questions – bet, there shoots the one or the other the blush in the cheeks?

Looking for provocative party games? Also check out our uninhibitedly nasty questions and tasks for Truth or Dare or Never have I ever for even more inspiration :-).

Who Would Rather…? As a Provocative Party Game

In Who would rather…? as a party game, each player gets a sign that is yellow in the front and blue in the back. In the middle are 2 chairs placed back to back, one of which is marked yellow and the other blue. In turn, couples are formed – and they do not have to be real lovers – and take a seat on the hot chairs. Each couple is asked 5 questions – and the previous couple may choose these from our list of 150 funny, provocative and nasty questions or think of their own spontaneously.

And then the whole party company including the two on the hot chairs is asked: one after the other there are now the 5 questions and after each sounds a countdown, eg 3-2-1- Who would rather…?. There upon all show their colors and indicate with yellow or blue, for whom they vote – including our couple!

If the couple agrees in his answer, so that is the right answer, even if all others see it differently! All those who guessed wrong have to drink a shot. However, if the couple does not agree, the majority vote wins! The most votes for the color indicate the correct answer. Again, the losers must drink a penalty shot – and the couple double!

In this party game, everyone is guaranteed to learn incredible secrets, laugh themselves silly, and work up a sweat sitting in the hot seat! Depending on how uninhibited the party becomes, there is also something to drink ;-).

150 Who Would Rather Questions for the Provocative Party Game

60 Exciting Personal Who Would Rather Questions

30 Nasty Who Would Rather Questions

40 Dirty Who Would Rather Questions

20 Questions About Literature, Film and TV

Looking for more good board game tips for adults?

On Abenteuer Freundschaft you will find many more ideas to celebrate together. Plus lots of ideas for gifts and activities with friends, for couples and for family!

*This post contains affiliate links. I.e., if you order something through it, we get a commission without changing anything in the price because of it. 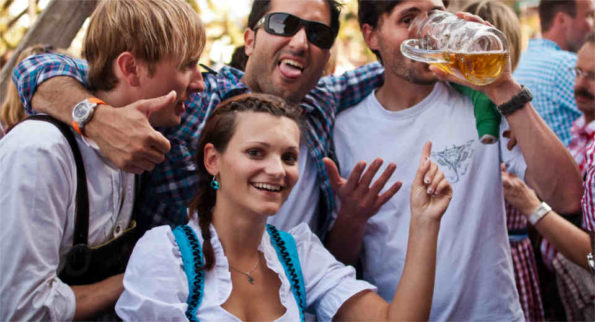