10 Unusual Christmas Movies That You Should Know

Get into the Christmas spirit! Each of these 10 unusual Christmas movies shows the festival of love from a different side – funny, scary, sad or contemplative. And some movies are real insider tips….

Burning candles, Christmas decorations and a fir tree: all this creates a typical Christmas atmosphere. And typical Christmas movies are also part of it for us! We love Three Wishes for Cinderella, Little Lord Fauntleroy, The Last Unicorn, The Gremlins or even hardcore Christmas action in the cult Die Hard films. There is a reason why these films are part of the fixed repertoire of TV channels at Christmas time.

First you will find costume films and comedies in this list, then unusual Christmas movies for horror and action fans and finally the best animated films for the festive season. Have fun and Merry Christmas! 🙂 Charles Dickens’ famous Christmas story has been filmed countless times. Not as well known, but at least as good, is the exciting costume film Nicholas Nickelby, which breathes at least as much the spirit of the festival of love and family.

Plot: England in the early 19th century. When the father of the Nickleby family dies, his wife and 2 children are left penniless. With the rich, miserly uncle abandoning the family, young Nicholas Nickleby must find a way to save his sister from a dire fate. However, the hard-hearted and despotic Uncle Ralph makes this as difficult as he can. With the help of old and new friends, will he manage to turn the family fate around for the better? The Brit Kenneth Branagh is famous for his congenial Shakespeare adaptations. Atmospheric, witty and wintry, in In the Bleak Midwinter he negotiates a Shakespearean production on a meta-level while creating a Christmas atmospheric comedy. An absolute must for friends of British humour!

Plot: Unemployed actor Joe Harper is on an important Christmas mission: he wants to save the local church. His plan: a very special Christmas production of Shakespeare’s famous play Hamlet. For this, he puts together a troupe of amateur actors to raise money. But his hopeful troupe unfortunately consists of completely untalented, eccentric and rather neurotic people. Already during the rehearsals it goes haywire and the audience’s laugh muscles get their money’s worth…. Hogfather is the perfect Christmas comedy for all fantasy fans. So far, 3 of Terry Prachett’s successful Discworld novels have been adapted for British television. And Christmas in the Discworld means: absurd pig sleighs, macabre humour and Grim Reaper in a role that is not only unusual for him..

Plot: Shortly before Hogwatch (in German: Schweineschau), the Christmas festival in the Discworld, the Hogfather disappears. In this world, the Hogfather corresponds to Father Christmas. No one other than the Grim Reaper must therefore stand in for him and take over his role, while the Hogfather’s granddaughter Susan Sto Helit sets out to find him. But maniacal hitman Jonathan Teatime is also hot on his heels… He’s green, headstrong and has special plans for Christmas: the Grinch. Hollywood comedy star Jim Carrey plays the nasty, grumpy Grinch in this delightfully abstruse live-action adaptation of a 1957 fairy tale..
Plot: The Grinch is a nasty, green goblin who lies in a mountain cave. Due to a childhood trauma, he hates nothing as much as Christmas. So he decides to spoil this holiday for the inhabitants of Whoville as well. In the costume of Father Christmas, he steals all their Christmas presents and wreaks havoc. But one brave and determined woman won’t put up with it and a new chapter of the Grinch’s life begins. Laughs and shocks at Christmas time: in this Finnish horror comedy, the horror comes from an ancient being – none other than Father Christmas. Rare Exports is a black-humoured film with plenty of action and astonishing twists.

Plot: Scientists are investigating an ancient legend: they are digging for Father Christmas on a special mountain. According to a Finnish legend, Santa Claus lives inside the mountain with his reindeer and gnomes. The boys Pietari and Juuso observe the excavation work and become terribly suspicious. And not without reason, as soon becomes apparent, for a short time later all the other children of the village have disappeared and an extremely sinister man in a Christmas costume appears. But this is only the beginning of the horror, because the boys have by no means met the real Father Christmas!. This Canadian horror film pioneered the development of the slasher genre. Even 4 years before John Carpenter’s Halloween, all the classic ingredients of the bloodthirsty genre were gathered in this horror shocker. And at Christmas, too… Nice Christmas!
Plot: It is shortly before Christmas in a dormitory for female students. Most of them have already left the dorm, only a few young women are spending the holidays there, unaware that pure horror awaits them… Because during the Christmas party on Christmas Eve, a mentally disturbed man sneaks into the building. Everyone else is still celebrating exuberantly when Claire retreats wearily to her room. A fatal mistake… John Frankenheimer has long been a big name in Hollywood. His latest film Wild Christmas (aka Reindeer Games) makes for hard-hitting Christmas action with Ben Affleck and Charlize Theron!

Plot: Car thief Rudy Duncan is in jail. In the cell with him is Nick Cassidy, who is serving a sentence for manslaughter. There, years ago, he began a pen pal relationship with a stranger he only knows from photos. Her release is imminent. Rudy is most looking forward to Christmas dinner with his family. But then Nick is murdered in a strange confrontation in prison – and no sooner is Rudy at liberty than he begins a dangerous game…. It should be well known by now: Outstanding animated films of all genres (anime) come from Japan. The third film by anime genius Satoshi Kon tells the touching story of three unequal outsiders whom fate brings together at Christmas. A real insider tip among the unusual Christmas movies!

Plot: Miyuki is a runaway who doesn’t have it easy in life. After a violent argument with her father, a policeman, she fights her way through the streets of Tokyo. In the process, she meets Gin, an alcoholic and gambling addict who left his family out of shame for his behaviour. The third in the group is Hana, a drag queen who has also ended up on the streets. On Christmas Eve, the three find a newborn baby on the rubbish. For them, it is immediately clear: it is their mission to save the baby…. Nightmare before Christmas is a true cult film. The Grusical delights with whimsical characters penned by Tim Burton, which are typical of the scary specialist’s style. It shows what happens when Halloween and Christmas coincide.

Plot: Jack Skellington, a skeleton in a pinstripe suit is the undisputed king of Halloweentown. This is the home town of all the creeps who swarm out every year on Halloween to spread fear and terror. But then, by chance, he discovers the legendary Christmastown – the Christmas Town. Christmastown fascinates him so much that he decides to simply take over Christmas this year. With the kidnapping of Father Christmas, a terribly beautiful Christmas chaos begins…. The most unusual version of Charles Dickens’ Christmas story has puppets as characters. Walt Disney produced this animated puppet film and cast well-known characters from The Muppet Show in the roles. The British Oscar winner Michael Caine plays the role of the miser Scrooge as the only human being – and really brilliantly!

Plot: Grumpy, stingy and misanthropic: Ebenezer Scrooge is a real monster. But on the night of Christmas Eve, he receives a visit from 3 Christmas spirits who show him past, present and future. Scrooge does not see what he wants to see and this is the beginning of a Christmas miracle…

Have fun with these unusual Christmas movies!

On Abenteuer Freundschaft there are many more indoor activities to discover, as well as lots of tips for activities with friends, with children and with your partner. 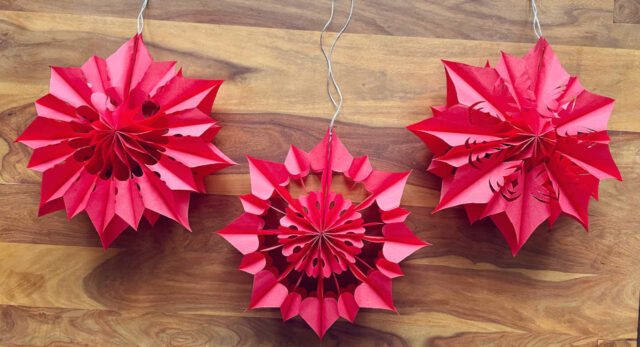 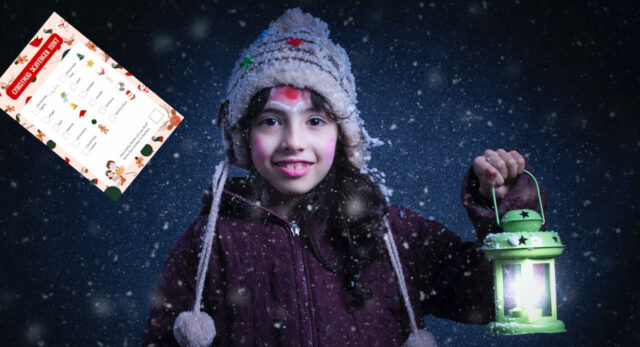